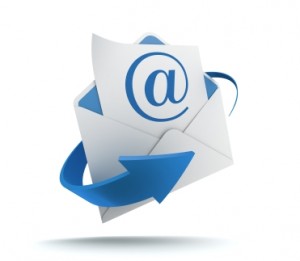 A quick Internet search will show you that, yes, you can buy virtually anything online including email lists. In fact, you can buy a list containing thousands of email addresses of consumers in just about any demographic you’d like. Imagine having a huge list of email addresses that you can mail to right away. It’s tempting, isn’t? As attractive as it may sound, purchasing email lists is a seriously bad idea for several reasons. Let’s take a look.

As you likely know, there are three common ways to build an email list: generating a list on your own, buying a list of email addresses, or renting a list of leads. Each has its pitfalls. For example, it’s time-consuming to build your own list. It often means attending trade-shows, asking customers to sign up, or building an advertising campaign and opt-in incentive program. Renting lists requires working with a third party provider who owns the list and keeps the addresses hidden.

Buying lists is by far the fastest choice, but it also has the most pitfalls. List sellers often claim that their lists are filled with contacts who have opted-in to receive email messages. However, what’s unclear is how long ago and from whom? You can bet that they didn’t consciously agree to receive random email messages from marketers like you. Many people on purchased lists will be tempted to report your messages as spam – and many will because your messages arrive without their actual consent. Even if you are not concerned about the implications of the CAN-SPAM Act, you should be concerned about sending messages to people who are not interested, who did not request contact from you, and who are weary of having their contact information sold to one marketer after another.

Another problem with buying email lists is that most email marketing vendors such as Constant Contact, Mail Chimp, and Aweber strictly prohibit the use of purchased email lists. They WILL notice and they will not allow you to send email messages to these lists using their service. If you’re tempted to work around that by choosing a less picky vendor, be aware that email service providers that are not careful are often blacklisted by Internet service providers. A single spammer using such as service could affect the entire service. Thus, even legitimate messages sent through blacklisted providers will never arrive in recipients’ inboxes.

Even if your messages go through and land in your purchased targets’ inboxes and do not get marked as spam, you have another huge hurdle to overcome: these contacts don’t know you nor are they necessarily interested in your offer. They are cold and unqualified. For example, let’s say you’ve purchased a list of mortgage leads. These people may have expressed an interest in acquiring a new mortgage six months ago and opted into a list. Some will have refinanced between then and now and are no longer in the market. Others will have lost interest. Others will be sick of receiving an endless barrage of mortgage-related materials. How do you think your message, no matter how elegantly crafted, will be perceived?

Finally, your reputation could be seriously harmed if you buy email lists. Companies specialize in identifying spammy behaviors and spammers. Much of this is automated using software that identifies messages being sent to out-of-date mailboxes. If you’re identified as a spammer, not only will your messages not be delivered, your IP address could be blacklisted simply for sending a blast of emails to obsolete email accounts.

We know it’s tempting to take shortcuts, but buying an email list is a seriously bad idea. Don’t do it!