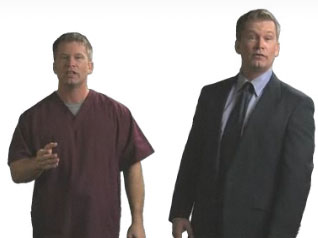 Clearly, you have a lot of considerations when opting for a Web video spokesperson. Though it may seem like a lot to remember, it all comes down to this: attracting and guiding visitors. Avoid anything that could drive visitors away and embrace techniques that can draw them in. If you can accomplish these two key points with your virtual spokesperson, your campaign is sure to be a success.

What website video spokesperson techniques annoy you? Which ones work well? Share your thoughts in the comments section below: 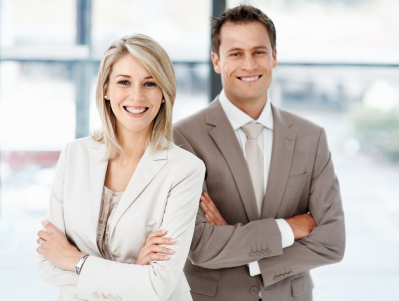 Because your website video spokesperson serves as the face of your website, it’s important to choose a professional actor. In some cases, it makes sense for the head of the company to serve as a virtual spokesperson. If you will be playing this role yourself, make sure that you’re comfortable speaking in front of a camera. Your video production company can help you with the script and provide you with some basic coaching. In both cases, your Web video spokesperson must be able to:

Broadcast quality production values are a must at all stages of the production including sound quality. When you choose a professional video production company to produce the virtual spokesperson video, you’re usually getting an entire team of video professionals committed to making sure that the Web video spokesperson looks and sounds good.

Clearly, putting a website video spokesperson on your website is a process that involves making the right decisions. Not only will you need a person to play the role of virtual spokesperson, that person must be a skilled speaker. Your Web video spokesperson will need a compelling script to follow and a video production team working behind the scenes to produce broadcast quality video.

Online Actors and Actresses Give You Greater Control over Your Image

One of the most immediate benefits of hiring an actor or actress is that doing so gives you greater control over the image you project. For example, if you’re a middle aged man running a company that caters to teenage girls, hiring a young actress to appear in your Web video could make much more sense than appearing yourself. Similarly, if you’re a twenty-something entrepreneur selling geriatric products to an older demographic, hiring a more mature actor or actress could be the right move. When considering who should appear in your Web video, think about your audience and the type of spokesperson that would lend the most credibility to your brand.

Online Actors and Actresses are Comfortable in Front of Cameras

Because actors and actresses are professionals, they tend to be extremely comfortable in front of cameras. This comfort level leads to several benefits: a more polished production, fewer mistakes, and faster production and post-production processes. Not only will your finished Web video look better with professional actors and actresses involved, the actual shooting and editing could go much smoother as well. For example, a well prepared actress requires fewer “takes” to deliver the message. Fewer takes translates into more efficient use of studio time and less time in the editing room piecing the final video together.

If you’re suffering from stage fright at the thought of appearing in your company’s Web video, take a deep breath and consider the possibilities. Appearing in your own online video may not be the best choice. Many actors and actresses specialize in Web video and can deliver several important benefits. Not only can you avoid the stress, you can project the image you want to project, produce a polished Web video with fewer takes, and bring your ideas to life!