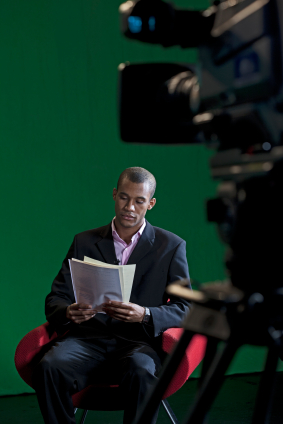 Testimonial video production starts long before the cameras start rolling. First, you need a willing client to appear in the customer testimonial video. Next, you need to plan the entire shoot from location to what the client will actually say during filming. At this point, you have two choices: letting the customer speak freely or scripting the words. Let’s take a look at these two options for client testimonials.

In either situation, you need happy customers willing to share their positive experiences on video. The problem with allowing customers to speak freely during testimonial video production is that customers aren’t always clear about what satisfied them. Where one customer might say, “They were great” and then draw a blank, another customer could ramble on for ten minutes detailing every aspect of the transaction. These two extremes illustrate why scripting client testimonials makes more sense.

Scripting client testimonials is necessary because you have a short amount of time for customers on camera to make their point, and many customers aren’t exactly sure what their points are. In order to help customers communicate what they liked about a product or service, a skilled scriptwriter joins the testimonial video production team and carries out the following steps:

In addition to writing and practicing the script, further testimonial video production work can be done to polish the customer testimonial video to perfection. For example, it’s not unusual for clients to stumble over words when giving client testimonials on video. Encourage your customers to keep speaking and not get flustered. After all, you can reshoot the testimonial as well as edit it afterward.

Scripting client testimonials requires a strong scriptwriter with excellent interviewing skills. With a concise, to-the-point script in place, your customers can express themselves better than ever without compromising their experience or integrity.

What do you think about scripting client testimonials? Share your thoughts in the comments section below: 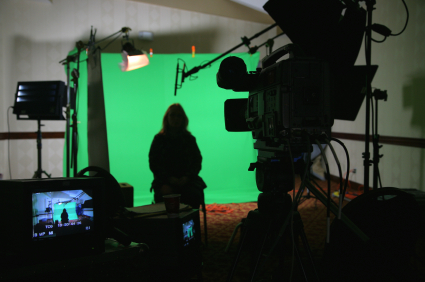 Website video production requires video production, marketing, and technical expertise, and there’s a lot to do. After all, you have to write a script, hire actors, scout locations, shoot the video, edit it, upload it, and optimize it – just to name a few of the many tasks involved. Use this Web video production checklist to ensure that you don’t overlook anything.

This website video production checklist isn’t overly complicated. If you follow these key steps, you’ll be well on your way toward producing a compelling online video, on-time and within your budget. Remember to choose the right video production company, break the project down into phases, plan your Web video production, build a support team and assign tasks, and prepare for the unexpected.

Did we miss any important points in our website video production checklist? Let us know by sharing your tips in the comments section below: 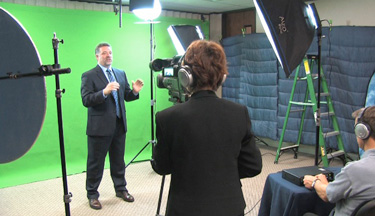 Before you begin shooting any customer testimonial video, you must have a plan. Pre-production is the stage where you plan everything related to producing your client testimonials. During this stage, you’ll brainstorm, plan, organize, and schedule all of the details surrounding testimonial video production.

Much of the testimonial video production work takes place during this initial planning stage. If you plan well, the rest of the process falls into place and you’ll likely produce client testimonials with ease.

During this phase of testimonial video production, the customer testimonial video will be shot. Depending on if you’re shooting on location or in a professional video production facility, you may need extra time for setting up the camera, sound, and lighting equipment. Your customers will be coached in how to wear the microphone, where to look when speaking, and how to present themselves on camera. If you’ve created a general script for each of the client testimonials and are using a teleprompter, the video producers will also instruct the customers on how to read the script.

As the testimonial video production gets underway, your customers will have multiple opportunities to fine-tune their client testimonials. Reassure them that they can re-do their testimonials if they stumble and that you can edit out any “flubs.”

Your video production crew will also help you put the customer at ease, making for a customer testimonial video featuring a real customer who is comfortable speaking on camera.

After your client testimonials have been shot, you move out of testimonial video production and into the post-production stage. Your customers can go home while you remain at the studio (or return at a later date) for editing.

You’ll likely want to be involved in editing client testimonials. Your testimonial video production facility will assign an editor to work with you. During editing, you’ll tell the editor which sections you want to keep. If you’d rather not be involved, your editor will use his professional judgment to create a polished customer testimonial video that speaks highly of your product or service.

Have you ever produced a customer testimonial video? Share your tips in the comments section below.

While many people watch full length movies online, few have the attention span for a marketing-oriented Web video production of that length. Just as online website visitors tend to scan text, online viewers expect short videos that get to the point quickly. If your website video production involves a marketing message, keep it short. A sixty to ninety second video should be sufficient to get your message across. Anything longer and your viewers may stop watching and hesitate to share the video with others.

Tutorials and training sessions can be longer; however, it’s smart to break these longer videos into smaller modules. Doing so makes for smaller file sizes and minimizes issues with bandwidth and video streaming. As you plan these longer videos, ask your video production company to break up the video into shorter segments. Your viewers can watch each segment all at once or over several days.

For example, if your website video production is focused on how your products relieve stress, focus on the stress relief aspects of your products and avoid the temptation to add other benefits such as return on investment or durability (unless those benefits contribute to stress relief). A video production company can help you develop the concept and write the script to appeal to a Web audience.

Consider pre-production the planning phase. This is the time where the producers and directors create their video production plan, draft a budget, obtain funding, commission a script, cast actors and actresses, scout and line up locations, acquire costumes and props, design, set up and light the set, and create the shooting schedule. Essentially, anything that needs to be coordinated before shooting begins occurs during pre-production. In fact, even some post-production tasks may be handled during pre-production such as hiring an editor or booking editing time in advance.

If you’re a business owner planning a Web video, your input will be needed throughout the pre-production phase. The director will likely consult with you extensively about your target audience, goals and objectives, message, and more.

After extensive planning, the video production will ultimately move out of pre-production into production. Think of this phase of the project as the “execution” stage. This is the time where it all comes together: The actors deliver their lines in front of cameras. Having carefully planned every little detail, the production should go smoothly though a few minor setbacks (such as a microphone not working) aren’t unusual. Professional video production companies expect these mishaps and plan for them. For example, during production, a sound engineer will constantly monitor sound levels from each microphone and be prepared to promptly replace any malfunctioning audio equipment.

Production involves an entire crew complete with makeup artists, camera operators, sound engineers, lighting technicians, control room personnel, the floor director, the director, and various assistants. These professionals are dedicated to helping the talent perform to their best abilities and capturing those performances to the highest standards.

At the end of shooting, you’ll likely hear the director tell the crew, “That’s a wrap.” From there, the crew will begin breaking down the set and putting their equipment away. While the performance has been captured in video form, the work isn’t done yet. It’s time for post-production to begin. For the most part, post-production involves editing the raw footage into a polished video ready to be shown to the masses. Graphics, special effects, music, and voiceovers typically take place during post-production editing though some effects may be generated during production in the control room. After the video has been edited and approved, copies will be made and distributed and the video production process finalized.

The next time you consider making a business or marketing video, pay attention to each of these important stages of video production and commit to doing your part in making each stage go as smoothly as possible. You’ll be glad you did!

You’ve spent years carefully developing your product and your image. Your product is perfect, the marketing materials are brilliant, the website is gorgeous, but your marketing video looks like you handed your forklift driver a Flip camera and set him loose. While your forklift driver may be handy with a video camera and have a creative streak, communicating a quality image with your potential customers requires as much care as your product’s development.

Video production values speak volumes about your product, service, and brand. Shaky camera work, boring segments, inaudible audio, and other undesirable factors relay a not-so-subtle message to your viewers. It’s a message about quality and since the quality is poor, it’s a message that says that you don’t care about quality.

Is that the message you want to send to your customers?

Unfortunately, in the digital age of YouTube and viral online videos, production values have taken a back seat to the immediate gratification of a few laughs. This doesn’t mean that poor quality videos have become a viable replacement for marketing videos. Video production values matter as much now as they ever did. Consumers are willing to watch amateur videos if the payoff is good enough. However, today’s television viewers are used to Hollywood effects, high definition video, crisp soundtracks, and realistic, fast-paced dialogue. If you’re going to develop a marketing video lacking a well-framed, crystal clear image and audible, easy-to-understand dialogue, your marketing message will be drowned out by the message the video screams out about quality.

Video Production Values – What are they?

Just as your company newsletter conforms to a set of predefined guidelines, so too do marketing videos. With your newsletter, you expect an attractive layout, a nice use of white space, well written and error-free text, and interesting content. You wouldn’t tolerate blank columns or pages, blurry photos, smudged ink, or ripped pages. With a video production, you expect a properly framed shot, clear focus, clear audio, attractive talent, and interesting content. You wouldn’t tolerate blurry images, a lack of audio, shaky cameras, unlit subjects, or “dead air.”

There’s more involved to video production values than these examples. For example, the quality of the camera, lighting, stage direction, set, editing, and other factors all work together to create a video with strong production values.

A marketing video with strong production values actually downplays those values because they’re expected while one with weak production values draws attention to itself. If you find yourself struggling to see a product or image, straining to hear, or simply bored out of your mind while the onscreen talent babbles nonsense, you can bet that video needs work. If you find yourself questioning the quality or credibility of a product, service, brand, or company, the marketing video likely lacks one or more production values.

Excellent video quality is a must; it shows you value quality. A lack of it shows the opposite. What do you think? Share your thoughts below.