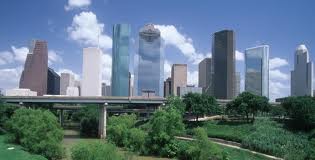 Houston attracts businesses and people alike with its thriving and diverse industries, bountiful job opportunities, base of Fortune 500 companies, sprawling research facilities, and enticing living conditions. Taking up 600 square miles of prime Texas real estate, the greater Houston, Texas area is large enough to accommodate the 30 percent growth it’s projected to experience by 2030 – and then some. Currently, 5.7 million residents live in the Houston, Texas metropolitan area.

Houston, Texas isn’t the only large city in the state. In fact, it is part of a sprawling metropolitan area known as the Texaplex which is a triangular region containing Houston along with several other major Texas cities. As part of this Texaplex, Houston both contributes to the Texas economy and stands on its own. In fact, Houston’s economy is on par with 30 of the world’s most economically successful nations, ranking as the 30th largest economy in the world.

This robust Texas city is powered by numerous industries including tourism, health care, finance, energy, transportation, and technology. These industries provide ample job opportunities and attract college graduates from around the world. The University of Houston is a top 50 American research university while the Texas Medical Center is recognized around the world for its leadership in medical research. The Texas Medical Center employs over 73,000 people and consists of two medical schools, four nursing schools, 13 hospitals, and more. This massive Houston, Texas health care facility created Life Flight, the first and largest air emergency service.

NASA’s Johnson Space Center is located in Houston, Texas. Once the control center for astronauts in space, the space center consists of over 100 buildings across over 1600 acres. Like Houston itself, this complex is huge!

Marketing Team Houston is powered by a marketing philosophy that involves a “video-to-lead” funnel. All videos in this funnel are designed to either: engage, convert, or nurture. A customer testimonial video is an important part of this funnel, located near the top where new website visitors must first be engaged and reassured that your company is the right choice.

If you need a customer testimonial video, let Marketing Team Houston create a complete marketing solution that positions your client testimonials – and your company – for success. Let’s get started.