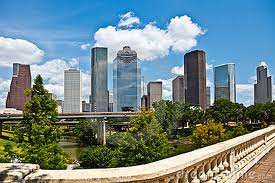 How historic is Houston, Texas? Houston dates back to 1836 when it was founded on the banks of the Buffalo Bayou. The city’s namesake, General Sam Houston, served as the governor of the Republic of Texas and was a highly regarded war hero who won the Battle of San Jacinto. Houston, Texas also played a part in the Civil War, serving as headquarters for General John Bankhead Magruder.

Houston, Texas is also known for its rich cattle and railroad histories, cotton and oil economies, and the deep-water Port of Houston which was built in 1914. By the 1950s, Houston, Texas attracted more people and more businesses thanks to advances in air condition technology which made the area more livable. The shipbuilding industry also contributed to the growth of Houston.

Another industry soon made Houston, Texas its home: the aerospace industry. Remember the line, “Houston, we have a problem?” That’s a quote from Apollo 13 astronauts reporting on an incident to operators at “Mission Control” located in Houston, Texas’ “Manned Spacecraft Center” which was later renamed the Lyndon B. Johnson Space Center.

Other industries that have made Houston, Texas one of the largest economies in the world include technology, health care, and transportation. Houston, Texas is well known as being a business-friendly city. In fact, Forbes magazine once ranked Houston, Texas as the third “Best Places for Businesses and Careers” in the United States and first in the state of Texas.

While businesses in Houston, Texas find a friendly environment, some struggle to find marketing and video production services that deliver real results. Video production must align with the business’s strategic goals in order to engage potential clients and be considered effective.

Marketing Team Houston blends video production and multimedia technologies with extensive marketing expertise to create compelling marketing videos that resonate with prospects and prompt them into taking action. Video production without an in-depth understanding of the product or service from the client’s point of view is just glitter and flash. If you want your video production efforts to yield results, an in-depth understanding of prospects’ and an emotional connection are vital, often overlooked components that must be addressed.

Our video production expertise extends beyond technology equipment. Blending video production and marketing strategies, we help our clients make that vital emotional connection. From product demonstrations, testimonials, and informational videos to company tours, profiles, and beyond, our video production values are high – and the results resonate with prospects.